From a public perspective, regardless of feelings about taking refugees, there are always questions about security.  How are we doing in that respect? 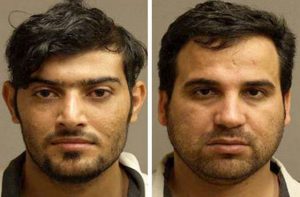 Terror groups are trying to use the refugee program.  They have said so.  That, we know, and there are examples.  Waad Ramadan Alwan and Muhamad Shareef Hammadi were two Iraqi men who came to the US as refugees in 2009, eventually settling in Bowling Green, Kentucky.  Alwan was a bombmaker who had a long history in Iraq. His fingerprints and a palmprint had been found on an unexploded IED ( Improvised Explosives Device) that was found in Iraq in 2005. Both Alwan and Hammadi had admitted to participating in at least 10 IED attacks against American forces in Iraq. Alwan had also shot and killed an American soldier. 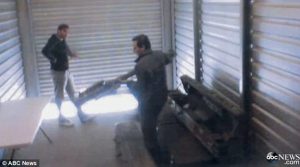 From their base in Bowling Green they were transferring money and arranging transport of stinger missiles in Iraq, which they believed to be going to Al-Qaeda in Iraq.  The men had rocket-propelled grenade launchers, machine guns, and plastic explosives in a local storage unit.  The two men became known as the ‘Bowling Green Bombers.’ Alwan was convicted of plotting to kill Americans abroad and conspiring to use weapons of mass destruction.

The FBI began investigating Alwan five months after he arrived in the U.S. after receiving a tip-off from a US acquaintance of Alwan’s who helped the FBI by taping their conversations. In one such conversation he said his: “lunch and dinner would be an American.”

In 2016, Obama told relief agencies he would increase the number of Syrian refugees the U.S. took by 30% in 2017, despite the fact he would no longer be in office.  The FBI could not process the 30% increase, constrained by congressional budgets. The screening process on the US side, according to the FBI, is very solid and involves multiple agencies. There is little to no screening process on the other side. Without a big increase in congressional funds (which didn’t happen) there was no way to process that many more applications on the U.S. side within the strict vetting requirements of the law.

What Obama did during his travel ban makes plenty of sense. The FBI had collected fingerprints from roughly 1000 bits of exploded IED’s during Obama’s travel ban (a ban in reality, less than in name and twice as long as Mr Trump’s.) These prints form an FBI database which is used to check refugee fingerprints. The ‘ban’ and the database came about because the Kentucky bomb makers had slipped through, but they actually had a different problem than not having prints. They already had prints on the men in Kentucky, they just missed them.

The problem the FBI has is that poor or no records coming from the other side in the 7 countries included in the ban, with the exception of Iraq, where the U.S. has had over a decade of involvement. The Visa Waiver Act of 2015, updated in 2016, had real purpose. It closed gaps discovered after the Paris attacks. That list of countries is there for good reasons: either there is effectively no state to answer the question of whether a given individual has terror ties (such as in the case of Libya, which has had multiple changes of government in the years since Gaddafi, none of them in effective control over the whole country, same goes for Syria, Somalia and Yemen). Or, there is an effective central government, but the country is a state sponsor of terrorism with the U.S. is a target. Moreover, in the case of Iraq, because the U.S. has had a presence there for over a decade, there are extensive records, whereas in the case of Syria there are none.

The Trump ban had logic behind it, but it was excessive and poorly executed. Trump has never adjusted his Muslim ban comments, even though he has contradicted them many times. He has failed on PR. The press, I watched carefully. It was easy to tell that in the first hours the story broke, most had never read the order and jumped to conclusions. The courts, a three-ring circus. The American public is undermined and Syrian minorities are left out in the cold, again.