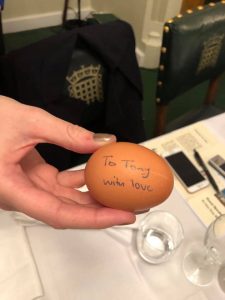 Brexit – There is no acceptable Third Way.

Parliament is now in pole position. It is true that constitutionally Government alone can propose legislation whether on Brexit or anything else.

But the reality is that – for the first time in my political memory – Parliament is operating like a shadow Government. It has taken effective charge of the process surrounding

Brexit through the Grieve amendment, ensuring that all options can be voted upon. It has asserted itself with a vigour and clarity of purpose frankly missing from the actual Government. It is articulating the different outcomes with a blatant disregard for the Government mantra that it is this deal or no deal.

I am heartily thankful that Parliament is doing so. There is as much leadership on the back benches as on the front. At a moment of supreme importance for the nation, with so much at stake and such bitter divisions in the population, they’re doing what I always hoped they would do: behave like leaders, recognising that at this time, Party whips can’t matter more than genuine appreciation of where the national interest lies.

This is not politicians bickering. It is Parliamentary democracy operating as Parliamentary democracy ought when the leadership from Government is uncertain and the perils of a wrong decision so manifest. The prevarication over the backstop simply reinforces the impression of a Government at bay and in disarray, unable to take a position and stick to it, which is the essential pre-requisite for the Government to convince.

We are where we are for two reasons. 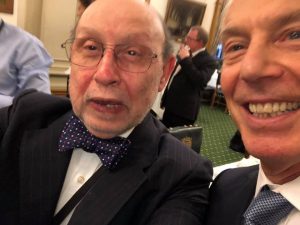 First, the entire conduct of the Brexit negotiation has been marred by a strategic error. The Prime Minister avowed it again on Tuesday. It is to say: we should do Brexit to honour the referendum victory for the 52%; but choose the form that is the least economically damaging to honour the 48%. Completely reasonable at one level; but unfortunately, completely flawed at the level which matters.

This is because the least economically damaging form of Brexit means we stay tied to Europe’s rules whether through the backstop and Customs Union or the Chequers proposal on the ‘common rule book’ for goods. But since departure from these rules was the reason for a large part of the Brexit vote, you end up with a deal which doesn’t honour the Brexit vote; and doesn’t satisfy Remainers either.

At the heart of the Brexit negotiation is The Dilemma: break away from Europe’s economic structures in which we have operated for 45 years – painful Brexit; or stay in step with those rules because we have operated by them for so long – pointless Brexit. Theresa May’s negotiating strategy was based on trying to have a Brexit both painless and pointfull – we could have frictionless access to the European market but with the right to diverge from its rules. As was obvious to anyone studying the detail of the Single Market and Custom Union, this was never going to work. We can have any number of options: Norway, Switzerland, Canada or an amalgam; but in all cases to the degree we want to be part of the economic structures for frictionless trade, we will have to keep to the rules. As I have discovered every time I address groups of people on Brexit, on one thing the nation is united: do Brexit; or don’t; but no half in and half out. This is a sentiment which unites many Leavers and Remainers. It is a belief that Britain should determine its path to the future with confidence one way or another, not remain lost in nervous indecision.

There is no acceptable Third Way:

As a result, the attempt to frighten people by the threat of no deal, won’t wash; and deliberate ambiguity around the language of the future relationship in an effort to keep Brexit Cabinet members on board, is itself an additional reason for voting against the May deal because whereas we are bolted down in the Withdrawal Agreement, the future is so vaguely expressed that it leaves us at the mercy of European politics.

What should have happened is that the Prime Minister, at the beginning of the negotiation, should have set out the options clearly, educated us as to their pros and cons; expressed a final view at the end of the negotiation as to which she preferred; put it to Parliament in a free vote; and explicitly said that if a majority of MPs can’t be found for any option for Brexit, then we have to go back to the people.

Instead, as time has gone on, the sense of grip necessary for Government credibility, has eroded and the foot-soldiers have eventually concluded that mutiny is a wiser course than following the officer class into the abyss.  I said there was a second reason why Parliament has come to the fore. Both main parties now have deep fissures of ideology running through them. Many Labour MPs think their leadership is in the wrong place, not only on Brexit but across the policy spectrum. Many Tory MPs think their leadership is incapable of finding the right place and the leadership in the wings may take them to the wrong place. The consequence is that they’re both much less likely to follow the leadership; and much more likely to cooperate with each other. As the cooperation has grown, so has the sense of free spirits. For Brexit it means there is a cohesion and willingness on the part of MPs to provide the ordered set of choices which the Government seems unable to grasp. Where it ends is anyone’s guess. Mine is that when all the options are voted upon Parliament will come to the view that none can truly be said to reflect the majority will of the People and it is back to them we must go for resolution.