An overwhelming  Deja vu pricked  my sense watching Foreign Secretary William Hague making his statement to the commons about Syria and other matter. Same like reading columnists pontificating on the Middle East, or reading Arab press – especially those sponsored by our allies in the Gulf. America’s president issue strong warnings to another Arab dictator(yes a handful of them still around despite what naively and historically wrong called “ Arab Spring”) dictator accused of using (WMDs) or chemical weapons, our prime minister straight away joins the chorus disapproval, while the opposition ( from the dictator’s own nation), backed by our Arab friends in the Gulf call l for western intervention. Heard it all before?

Reports from American and Israeli intelligence services  of  ‘ limited use ‘ of Sarin gas, a nerve agent described as chemical weapon, allegedly by regime of Syrian dictator Bashar al-Assad, came two days after a Commons Statement by Foreign Secretary William Hague. 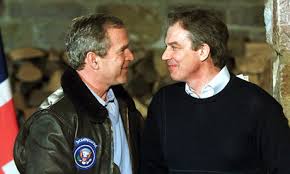 Mindful of Tony Blair’s 2003 ‘ 45 minutes’ threat to Britain  by Saddam Hussein’s WMDs in a statement to the commons and his spindoctor Alastair Campbell’s infamous dodgy dossier ( both led to vote foe going to war on Iraq where no WMDs were to be found) MPs  lined up to warn Mr Hague against intervention in Syria as urged by a combination of strange bedfellows: Syrian opposition in exile ( with little evidence of credibility inside Syria) , Arab press controlled by our Gulf allies  and hawkish American officials, like Secretary of Defence ( or Defense in this case) Chuck Hagel .

A two years uprising resisted by force at the start, by the Assad regime claimed 70,000 lives and turned 1.3 million of Syria’s  22 Million people into refugees.

Although it is unlikely that Prime Minister David Cameron would try a Blair style intervention after, but his parroting of President Barak Obama’s warning to Assad, gave many MPs something to worry about.

Loudest calls for western intervention heard from our friends, the Qataris whose influence is growing in London through lavish investments and playing hosts to ambitious Tories like Boris Johnson . 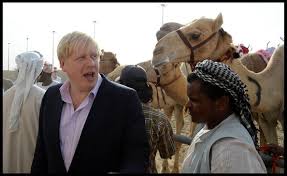 Do the Qataris  support people’s aspirations for democracy?

Qatar rulers fund Hamas in Gaza ( £20 M) and  Muslim Brothers in Egypt ( £2 bn), but they jailed Qatari poet Muhammed al-Ajami for 15 years because a verse in his ‘ Arab democracy uprisings’ was interpreted as extending democracy to his own country; according to Human Rights Watch. 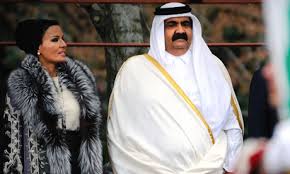 Mr Hague, along with ith the  French, want to ‘ arm’ some opposition groups as a low cost intervention.

Who are those groups? Asked MPs and veteran British diplomats who know the region (known affectionately as ‘ the camel corps’ ) .

Syrian opposition seek a nofly-zone over areas ‘liberated’ by rebels, in a rerun of Libya’s 2011 operation which led to the overthrow of Colonel Gaddafi (and his murder without trial).

“Bad idea,” any British military officer would tell you. A nofly zone cannot be imposed without an unacceptable level of civilian causalities and heavy political price, warn MoD experts, as hundreds of radars ( located in densely populated areas) and advanced Russian supplied air defence systems have to be ‘neutralised’ first. The Russians are likely to operate their air-defence systems testing it against Nato resulting in losses and possible capture of RAF air crews. Enlisting Israel help or Nato bombing of more Arab targets is a suicidal foreign policy as it will be gif to hardline Islamists recruiting suicide bombers against British and American targets.

Hague’s plan  is laughed off as more of ‘a wishful thinking than doable’ by MPs like Sir Malcolm Rifkind ( Chairman of Intelligence & Security Committee, former Defence  and foreign secretary)  and seasoned diplomats like Sir Jeremy Greenstock ( Former UK man in UN and first in post Saddam Iraq) and , Sir Andrew Green, ambassador to Syria in the 1990s.

Even if Mr Hague managed to identify “the good guys”, there is no guarantee where  the anti-aircraft missiles (included in Mr Hague’s ” defensive equipment”) would end, warned labour MP Mike Gapes, (Foreign Affairs select committee former chairman). He reminded the House of lessons of arming Mujahidin with similar missiles in 1980s, which ended Taliban hands to use against British forces in Afghanistan, while some fell into al-Qaeda and affiliates like jabaht al-Nusra, the strongest rebel group in Syria which swore allegiance to al-Qaeda .

Mr Hague admits that ‘tens of thousands’ of foreign Jihadist who share al-Qaeda’s doctrine fight in Syria (former UN and Arab league envoy Lakhader Ibrahimi says 30,000 – 40,000 foreign fighters are engaged in Syria’s civil war, ), among them 700-900 jihadists from EU countries including scores of British nationals are fighting in Syria. Not only they are likely to come back radicalised, but with sophisticated weapons or at least access to them.

Unlike Tunisia and Egypt 2011 uprisings when the army chiefs swiftly removed unpopular presidents,  Assad’s army remained largely loyal. Even if Assad’s is  removed, says  Sir Andrew Green, he would only be replaced by one of the ruthless generals who controlled Syria for  40 years. Assad ‘s Alawite who form 12  per cent of Syria’s  people, have been the backbone of the army since it was founded by the French colonials. They control the organs of the state with a Soviet style public sector as the largest employer. They control security services who violently suppressed the Muslim Brotherhood led opposition. With decades of scores to settle, the Alwaites know losing power means their ethnic extermination.

Minorities in Syria’s mosaic, like Christian, Druze, Kurds, Armenians and others prefer Assad’s rule to that of the Sunni majority, which in the event of regime defeat would be led by Islamists affiliated to al-Qaeda. A fair number of Sunnis (merchants, educated women, tourism investors and the intelligentsia) prefer an effectively secular (even authoritarian) regime to an alternative run by Muslim Brotherhood.

There are Nato contingency plans to send special forces to secure chemical weapons sites, or destroy them from the air. The later faces the nofly zone gamble while the earlier requires ‘ boots on the ground’ opposed by public opinion and unlikely to win a Commons vote. Assad’s Chemical stock is wide spread geographically, in the unlikely event of SAS and Navy Seals teams succeeding in occupying those sites, they will only be pockets surrounded by hostile forces and need air-support for the duration of period needed to destroy the stock. Help will have to come from the Israelis with an undesirable political outcome in the region.

The likelihood that the very action of arming the rebels to speed Assad’s fall  would lead to extremists Islamists groups putting their hands on nasty chemical weapons .

It is worth bearing in mind that the Russians don’t want to see their defence systems defeated by Nato, hence giving them a carrot can be a to out a deal to secure their interests ( mainly keep their  naval base on the Mediterranean coast   in Syria) and they can be credited publicly for finding  a face-saving way-out for Assad through power-sharing during a transitional period. A better option than going down Blair’s path.