The Kenyan President Uhuru Kenyatta forgot Boris Johnson’s name, during a joint press conference with Prime Minister Theresa May, Then remembered it by the bicycle image saying ” the bicycle guy ” ; let us hope in future he remember’s Jeremy Hunt’s name and doesn’t say .. the  Today Programme c*** guy  !!!

Answering a question about  his country’s long and historic relation with UK, the Kenyan leader wanted to express gratitude by recalling a British gift of fleet of ambulance delivered during a visit to Kenya last year by the then Foreign Secretary Boris Johnson

But President Kenyatta forgot the full name of Mr Johnson by, saying ” when last year the

It was, to the amusement of hacks, a  highlight moment during a  press conference  marked by long-winded questions from local journalists …One Question lasted a full three minutes.

It seems that Mr Kenyatta was given training on memory management by specialists who train intelligence agents and spies. The trick is to visualise information you need to recall from your brain storage. So associate a person, a name or a place with an image, like Churchill’s  cigar, or Lady Thatcher’s handbag; or with sound, a music, a meal or even a big event.  And then in future you can recall the image, or other events or sounds  and it will then process the memory recall of the fill information or event. 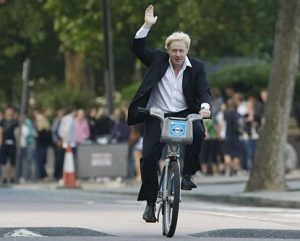 Boris’ on a bicycle mage, it seems, was the visual tag which president Kenyatta put on the information related to the former foreign secretary and stored in his brain.

The Question many ask today, was , if Boris’ bicycle has now been the visual memory-file tag used by foreign leaders to remember him in years to come.. what  is the tag to be added to his successor for foreigners to remember?
Say in two years time or so, or may be less .. what Image, sound, big event information  would the forgetful Kenyan leader might associate with  Jeremy Hunt to remember  his full name  ? Let us hope he doesn’t then recall the famous Today Programme featuring Mr Hunt’s interview with James Naughtie ?

** Thanks to RT TV for the press conference clip

Migrants exploited by human-traffickers drown at sea by the thousands; the crisis threatens the European Union’s “ ever closer union” aim of federalism as the leaders failed in last month’s summit to find a solution.

Adel Darwish suggests a long term strategy to solve the migrant crisis, which would not only save lives, but will also reduce the number of migrants by 90% and lead to economic prosperity in sub saharan African nations. The strategy depends on cooperation and coordination between the EU, the UN migration and refugee agencies, North African members of the Arab League and The African Union. ©

“Give a Man a Fish, and You Feed Him for a Day. Teach a Man To Fish, and You Feed Him for a Lifetime,” the contested origin, thought to be Chinese, saying come to mind as why migrants in their thousands take the dangerous journey to try to reach the promised land in Europe. But another saying also comes to mind, “Turkeys won’t vote for for an early Christmas “, which perhaps explains why very few, if any, thinking of a long term strategy to deal with this crisis rather than managing it, which seems to have become an industry or a taxpayer funded job-creation-scheme for middle class liberals or both.

“Give a Man a Fish, and You Feed Him for a Day. Teach a Man To Fish, and You Feed Him for a Lifetime,” the contested origin, thought to be Chinese, saying come to mind as why migrants in their thousands take the dangerous journey to try to reach the promised land in Europe. But another saying also comes to mind, “Turkeys won’t vote for for an early Christmas “, which perhaps explains why very few, if any, thinking of a long term strategy to deal with this crisis rather than managing it, which seems to have become an industry or a taxpayer funded job-creation-scheme for middle class liberals or both. END_OF_DOCUMENT_TOKEN_TO_BE_REPLACED

END_OF_DOCUMENT_TOKEN_TO_BE_REPLACED

Weakened and humbled by the results of an uncalled for election, but she unwisely called, the Prime Minister Theresa May couldnt do much about changing cabinet posts or changing ministers. She kept most. She moved them in musical chairs fashion, but didn’t touch the four main offices, nor education or even health secretary  despite jeremy hunt’s increasing unpopularity within the NHS. She couldn’t also change the chancellor Philip Hammond despite his gaffs, u-turns and miscalculation. She is even too weak to purge the cabinet of Cameron-Osborne regime as she kept Sajid Javid who s a close ally of George Osborne on the day the latter called her “ a dead woman walking on the Marr show.  The only positive gesture is bringing in committed brexiteers like Michael Gove in the environment .

Here is a full list of the cabinet by Sunday evening: END_OF_DOCUMENT_TOKEN_TO_BE_REPLACED

The House of Commons made of the re-elected and new members will  meet  on Tuesday Tuesday13 June 2017 following the General Election. It will be a meeting in the main chamber, and will be chaired by the Father of the House who is currently Ken Clarke, since technically, no speaker elected yet to chair this meeting.   The State Opening of Parliament will take place on Monday 19 June 2017, this will mark the formal start of the parliamentary year.

There is specific traditional order of constitutional steps to be conducted in the next few days in the House of Commons.

END_OF_DOCUMENT_TOKEN_TO_BE_REPLACED 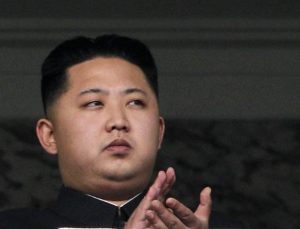 END_OF_DOCUMENT_TOKEN_TO_BE_REPLACED

Live streaming from the 9th Circuit court of Appeals At  23:00 GMT –  United States 6pm (18:00)  EST tonight, there will be a critical juncture in the Trump administration’s leadership.

Team Trump’s power will be on trial, battled out in a hearing over his executive order banning travel from 7 countries.  In the State of Washington & State of Minnesota v. Trump, each side will have 30 minutes to provide supporting arguments, by phone. The case will be heard by phone by three federal judges. The judges are Carter appointee, William C. Canby Jr, Obama appointee, Michelle T. Friedland, and George W Bush appointee Richard R. Clifton. Attorney Generals in 15 states and Washington DC sent in a memorandum arguing the ban hurts state universities and medical institutions.