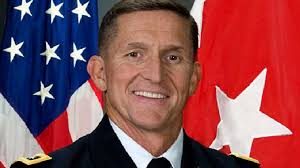 Flynn expressed deep concern over the stream of leaks to reporters based on classified information, “In some of these cases, you’re talking about stuff that’s taken off a classified system and given to a reporter. That’s a crime.”  Speaking by phone from the White House to the Caller’s News Foundation Investigative Group, he added “You call them leaks. It’s a criminal act. This is a crime. It’s not just a wink and a nod.”

Towards the end of a President’s term, some administration operatives apply for civil service jobs.  This is normal. As they transition out of the new administration they move into their new positions. It is not legal for Transition Team members to give their names over to the new administration as they go from one department to another, so nobody knows who is who. This is a particular challenge for the incoming political operation, brand new to the system.  The process is called “digging in.”  The Trump Transition Team was focused on Obama Administration hiring in the last months, a hiring freeze was set to stem that tide.

There are benefits to having people in the know enter the permanent system, bringing with them expertise. The gold standard of civil service is to be professional regardless of personal politics.

General Flynn’s revelation along with a concerning pattern of leaks beg the question, is the United States Civil Service being purposely obstructive to the Trump Administration? The American people should be alarmed at any hint of an unelected section of the government controlling politics and policy.

I am told by a long time Washington insider that it is taken as an “article of faith,” among conservatives, that the “vast majority in government are left of center or further so.”  When the American public elects Republicans you are “going to get some resistance.” and that is why there is a drive among Republicans to “always have to scale back the bureaucracy.” It is not good governance to have an unelected government control politics and policy.

The concept of a state within a state, often known as the “Deep State”  involves an apparatus which works separately from the elected political leadership.  Internally, Civil servants in the armed forces, departments of state, intelligence, in any government are at risk of  becoming entrenched and may take on a black market-style separate statehood.  The underbelly may or may not work together in a coordinated organised fashion. They may only share ideological values or political aims and work individually as activists, perhaps well-intentioned thinking that their version of what is right provides a moral basis to do what is wrong, particularly in the case of criminally leaking classified information, as alleged by General Flynn.

It may be that on matters of grave concern, on Flynn, on North Korea, China, and Russia, members of the U.S. Civil service feel a sense of moral license.   Political ideology seems like a ‘right’ so leaking doesn’t seem wrong.  There may be a higher order of resistance because there is a clear and present danger.

At the sinister side of politics, if operatives dig in, they are well placed to sabotage a new administration on policies the electorate voted for them to enact.  Civil servants have a vehicle to be obstructive. They can slow progress and resist change. They can be subversive by masking motivations on policy advice. They can leak information to the press.

A strong civil service should play a supporting role, preventing the loss of expertise that elections necessarily upset.  When it become conspiratorial, to enhance an agenda or to oppose elected leaders, that’s corrupt.

On a second front for Americans to concern themselves is the national security policy. It is strangely consistent from administration to administration.  We are seeing some of that evolve now on Russia.

One hopes that new presidents are not bent on fitting the policy, but that the information they are newly given informs and enlightens them, making them come around to their predecessors’ viewpoint.  Donald Trump arrived in Washington talking of a new policy toward Russia. The vehicle of that policy, General Flynn is now out of the door.  At the same time as the American public is asking about Russian influence on the administration, Russia’s response to the resignation was to question whether the D.C. apparatus had gotten to the new president and poisoned him on his Russia policy. 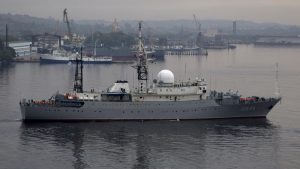 Today, a Russian spy ship sits in international waters, listening, 70 miles off the coast of Delaware.  We also learned that Russia have employed banned cruise missiles inside Russia, violating a 1987 treaty.  On Friday, Russian jets buzzed a U.S. destroyer flying within 200 yards of the SS Porter in the Black Sea, 186 miles from Crimea.

This comes as Nato prepares from conflict with Russia.  During the Obama presidency, Putin responded to Operation Anaconda at a press conference.  He warned that the West is sleepwalking into World War III, “We know year by year what’s going to happen, and they know that we know. It’s only you that they tell tall tales to, and you buy it, and spread it to the citizens of your countries. Your people in turn do not feel a sense of the impending danger—this is what worries me. How do you not understand that the world is being pulled in an irreversible direction? While they pretend that nothing is going on. I don’t know how to get through to you anymore.”

It is impossible to know if Putin’s aggressive actions are a response to Flynn’s waning influence Friday, or a testing  Trump.

The theory that American national security policy is written by the civil government and new presidents are suited up to fit the policy isn’t new.  Tufts Professor Michael Glennon wrote about this for the Harvard National Security Journal citing a lack of policy change on Guantanamo, Drone Strikes, and NSA between the Presidencies of Bush and Obama, ‘ National Security and Double Government.’ We have watched the new President Trump arrive in Washington talking of a new policy toward Russia, then watched the vehicle of that policy, General Flynn depart, along with a directional change gradually shaping up on Russia. 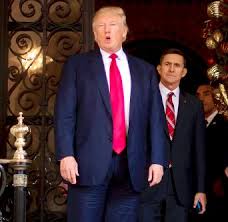 Flynn had little support as he fought for his political existence from Trump. After he resigned, Trump’s  surrogates said the President no longer trusted General Flynn.  Press Secretary and Communications Director, Sean Spicer told press in their briefing on Tuesday that “The level of trust between the President and Gen. Flynn had eroded to the point where he felt he had to make a change,” and “The President was very concerned that Gen. Flynn had misled the vice president and 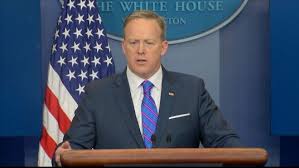 others.” Spicer said Mr Trump asked for Flynn’s resignation because of an “evolving and eroding level of trust as a result of this situation and a series of other questionable incidences is what led the presidents to ask for General Flynn’s resignation.”

CNN reported on the other “questionable instances, “ Flynn made a request during the transition for a security clearance for his son without telling Pence. Pence was in charge of transition.

The real story here is why are there so many illegal leaks coming out of Washington? Will these leaks be happening as I deal on N.Korea etc?

Bloomberg’s Eli Lake reported that Flynn was told by the administration not to speak to the press and not to allow his staff to review the transcripts of his calls with the Russian Ambassador Sergey Kislyak.

According to his letter, he had not been forthcoming enough.  As part of the transition team, General Flynn made calls with foreign counterparts to build a relationships between the incoming president and foreign leaders.  He  gave his notice based on a failure to properly brief Mike Pence on his calls. He blamed the speed of  events.  His failing, ”I inadvertently briefed the Vice President Elect and others with incomplete information regarding my phone calls with the Russian Ambassador.” Flynn told the Daily Caller he had done nothing untoward, he  said, he “crossed no lines” with the Russians.

Spicer said the decision to remove Flynn was not over legal concerns but because of a “trust” issue. “We’ve been reviewing and evaluating this issue with respect to General Flynn on a daily basis for a few weeks trying to ascertain the truth,” he told the press in his Tuesday briefing. A month ago, he said, Acting Attorney General Sally Yates had informed the White House that Flynn may have misled the administration on his calls with Kislyak, “Immediately after the Department of Justice notified the White House counsel of the situation, the White House counsel briefed the president and a small group of senior advisers,” Spicer said.